Finland and the Arctic Region

While Finland’s Strategy for the Arctic Region 2013 defines the entire country as Arctic, nearly one-third of the country’s land mass lies above the Arctic Circle in the province of Lapland. Despite its vast size, Lapland is sparsely populated with just under 180,000 inhabitants, while Finland’s total population exceeds 5,500,000.

Finland has contributed expertise and modern technology to industries such as Arctic construction, Arctic environmental technology and the development of Arctic infrastructure, transportation and navigation in ice-covered waters. It also houses various Arctic research and educational programs and institutions. Several biological research stations are located in Lapland, where Arctic ecology is studied. The Arctic Centre, an institute affiliated to the University of Lapland in Rovaniemi, carries out interdisciplinary research on the effects of global changes and on the natural balance of Arctic nature and Arctic societies. The University of Oulu has a research focus on Arctic medical sciences. Arctic-related issues are also included in teaching and research programs of many other higher education institutions in Finland.

The Saami are an Indigenous people who live in Sápmi, an area that stretches across the northern parts of Norway, Sweden, Finland and Russia. The Saami population is estimated between 50,000 and 80,000, with approximately 10,500 located in Finland. The preservation of the Saami’s languages and culture is governed by an autonomous Saami parliament in Inari, Finland.

Finland in the Arctic Council

Throughout its most recent chairmanship, Finland’s priorities included: 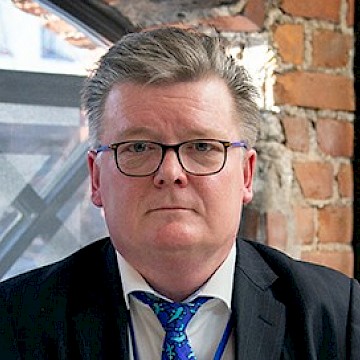 Gender Equality in the Arctic III

Biosecurity in the Arctic

Sustainable Development Goals in the Arctic

Air pollution, with a focus on short-lived climate forcers (SLCFs)

Introducing the new CAFF Chair: “The Arctic is important for everyone”

Dr. Mia Rönkä is an ecologist, science editor and journalist, writer, poet and the new Chair of the Conservation of Arctic Flora and Fauna Working Group (CAFF). The leadi...
05 Jul 2021

“Plastic in a Bottle” afloat again

In September 2019, the Arctic Council’s Protection of the Arctic Marine Environment (PAME) Working Group launched its first “Plastic in a Bottle”, a capsule equipped with...
23 Jun 2021
See all
We use cookies to save your language preference and better understand how visitors use the site. For more information, please see our Privacy policy. ×