The Kingdom of Denmark

The Kingdom of Denmark in the Arctic region

The Faroe Islands and Greenland have had home rule since 1948 and 1979, respectively. Home rule arrangements have been continuously modernized, most recently by the Takeover Act on Power of Matters and Fields of Responsibility and the Act on Faroes Foreign Policy Powers of 2005 in the Faroe Islands, and the Greenland Self-Government Act of 2009.

The three parts of the Realm share a number of values and interests and all have a responsibility in and for the Arctic region.

In an equal partnership between the three parts of the Danish Realm, the Kingdom of Denmark speaks with one voice in the Arctic Council.

Greenland is the world’s largest non-continental island and is geographically located on the North American continent. However, in terms of geopolitics, it is a part of Europe. Greenland’s icecap covers 81 percent of its area, leaving 15 percent of the coastline inhabitable. There are 17 towns and 58 villages located throughout the country. The population density is the lowest in the world. Counting the ice-free areas only, the population is a mere 0.3 persons per square kilometer.

Greenlanders are descendants from the Inuit Thule Culture. The Thule people were strong hunters, so traditionally hunting had been the most important source for survival of the Greenlandic people. Today, approximately 10 percent of the workforce is involved in the hunting industry. Fishing is Greenland’s primary industry, with major exports including shrimps, Greenland halibut and cod. Greenland is home to many mineral resources, including gold, rubies, diamonds, coppers, Rare Earth Elements and oil. The Tourism sector is also increasing, with tourist numbers rising. Greenland places an emphasis on developing sustainable tourism.

About the Faroe Islands

The Faroe Islands comprises a cluster of 18 mountainous islands in the North Atlantic Ocean. Over 53,000 people – originally of Scandinavian and Gaelic descent live in the Faroe Islands. While 17 of the 18 islands are currently inhabited, nearly 40 percent of the population lives in the capital city, Tórshavn.

The Faroe Islands are well-positioned in the middle of the shipping route between Europe and North America, and a short flight away from major cities in Northern Europe. The main industry is fishing and aqua culture. The temperate waters off the coasts make an ideal environment for salmon, Faroese cod and langoustines, which have been an important global export for the Faroe Islands since the late 19th century. Tourism is a relatively new but steadily growing industry. A high level of education and a strong education system contributes to a steadily increasing number of students attending the University of Faroe Islands.

Denmark is the southernmost of the Scandinavian countries, and consists of a peninsula, Jutland and an archipelago of 443 named islands, with the largest being Zealand, Funen and the North Jutlandic Island. Over 5.8 million people lives in Denmark. Denmark, Greenland and the Faroe Islands are equal entities within the Kingdom of Denmark. The Self-Government Arrangements transfer political competence and responsibility from the Danish political authorities to the Greenlandic and Faroese authorities. The Danish Government constitutionally conducts Foreign and Security policy of the Kingdom of Denmark in close cooperation with the Governments of Greenland and the Faroe Islands. The Danish Armed Forces undertake important tasks in the Arctic including the enforcement of sovereignty.

The Kingdom of Denmark in the Arctic Council 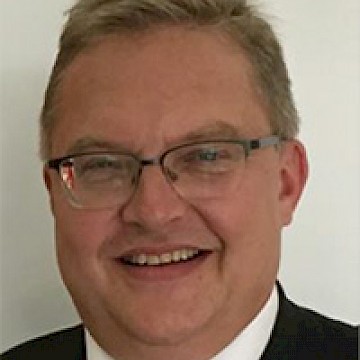 Senior Arctic Official of the Kingdom of Denmark
Email

Margretha Jacobsen
Ministry of Foreign Affairs and Trade, the Government of the Faroe Islands
Email

Blue Bioeconomy in the Arctic Region

Time witness reports: A red telephone for the environment

Hans Jakob Helms represented the Greenland Home Rule Government and was an advisor for the Danish delegation during the negotiations of the Arctic Environmental Protectio...
10 Jun 2021

Today the Foreign Ministers from the eight Arctic States, leaders from the six indigenous Permanent Participant organizations and the Chairs of the Council’s six Working ...
06 May 2019
See all